Bus company and council fined after passenger killed by lorry 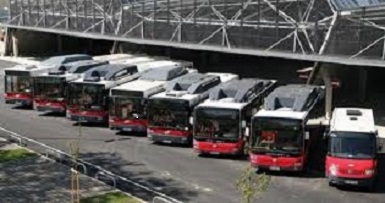 A bus company and local council have been fined a total of £650,000, after a passenger was struck and killed by a DAF lorry whilst walking across a pedestrian crossing at a bus station in Bedford.

It was during the redevelopment of Bedford Bus Station on 13th February 2015 that Nicola Berridge, 53, suffered catastrophic injuries after being struck by a grab lorry delivering sand to a contractor on site. The bus station had been completely demolished at the time and was being reconstructed.

The Health and Safety Executive (HSE) found, following an investigation into the incident, that the visibility on the crossing was obstructed by buses and contractors’ vehicles which were parked within the working part of the bus station. It was also discovered that buses had been permitted to park illegally on double yellow lines between the crossings for several years.

Upon entering the bus station the driver of the lorry, Mr Shkelqim Llaveshi, stopped partially straddling the pedestrian crossing. At that time, Miss Berridge had got off a bus at the station and continued over to the pedestrian crossing passing through a gap between two buses. It was when she was leaving the crossing that the lorry which had been blocking the area, began moving off slowly, striking Miss Berridge, causing immediate fatal injuries.

The death led to the prosecution of Cambus Ltd, who trade as Stagecoach, and DJT Surfacing Ltd, a road surfacing contractor.

Bedford Borough Council of Cauldwell Street, Bedford pleaded guilty to breaching Section 3(1) of Health and Safety at Work etc Act, was fined £300,000 with costs of £16,803.59.

Cambus Limited of Cowley Road, Cambridge pleaded not guilty to breaching Section 3(1) of Health and Safety at Work etc Act. However, they were found guilty and fined £350,000 and ordered to pay costs which are still to be agreed, reports the HSE.

Speaking after the hearing HSE Inspector, Emma Page, said: “There were inadequate control measures in place to segregate vehicles and pedestrians at the site and lack of proper planning in terms of pedestrian access and egress to the bus station. Hazards associated with vehicles and pedestrians in the same location, particularly the case in a facility such as a bus station in the centre of a busy town, are well known and easily controlled using reasonably practicable precautions.”