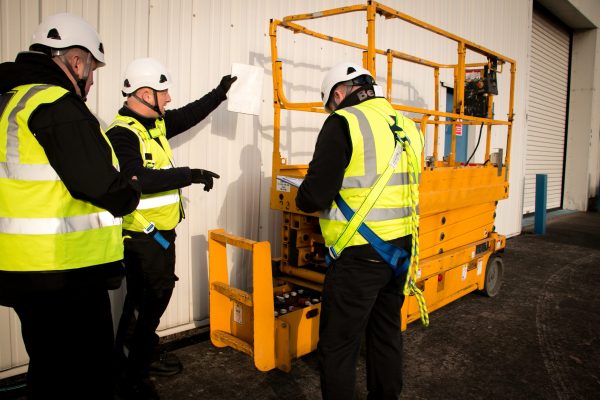 A worker was seriously injured in an incident where an articulated boom MEWP trapped him between the vehicle platform rail and the roof of an industrial shed.

Back in November 2017, a contracted worker was accessing the underside of a roof to remove asbestos sheets and was trapped by his neck between the basket of the machine and a roof truss, Manchester Magistrates Court was told. As a result of the incident, the worker suffered life changing injuries that will require lifelong care.

During the HSE (Health and Safety Investigation) investigation, they found that the vehicle was not suitable for the work undertaken and that it was not fitted with propriety devices to avoid the likelihood of operators being crushed. The risk assessment did not sufficiently identify the entrapment hazard, and there was no effective communication with banksmen on the ground. An inadequate plan led to the operator being trapped for a sustained period of time.

HSE Inspector David Argument said: “If a suitable safe system of work had been in place prior to the incident, the life changing injuries sustained by the employee could have been prevented”.