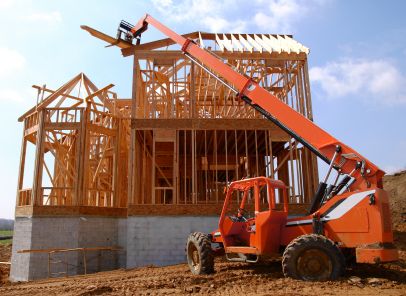 A construction company has received a fine of £800,000 after a worker was seriously injured on a site in Wokingham.

David Cole, the injured worker, was employed by Harlequin Brickwork Ltd, a construction firm, to act as the site foreman on a large housing site. The project started in April 2013, with an expected completion date of April 2017.

The incident occurred on 7th December 2014, when Mr Cole was walking on a side road located near the rear of a bulk powder (mortar) carrier. The vehicle had just reversed into a T-junction and as Mr Cole walked along the nearside of the vehicle, it pulled forward and turned towards Mr Cole’s direction. Mr Cole was subsequently hit by the vehicle and pulled underneath it.

The court heard that Mr Cox suffered serious life-threatening injuries including the removal and splitting of skin on his left arm and leg. He also broke the fingers on his left hand and fractured his left hip. Since the incident, Mr Cox has had to have a pin inserted in his hip, which has left his leg permanently shorter than his right by 20mm.

During the hearing, Reading Crown Court heard that the site, which was run by the Principal Contractor, Crest Nicholson Operations Ltd, failed to plan and manage the workplace transport effectively. Following the event, an investigation made by the HSE found that the incident could have been avoided if the Principle Contractor had taken the appropriate action to ensure that workers were kept behind the pedestrian barriers so they did not walk on the road. This measure would have also prevented large HGV’s from reversing hundreds of metres at a time.

After pleasing guilty to breaches of Regulation 36 (1) of the Construction (Design and Management) Regulations 2007, Crest Nicholson Operations Ltd were fined £800,000, plus further costs of £10,984.

HSE inspector, John Berezansky, commented on the case: “David Cole suffered life changing injuries because Crest Nicolson Operations Limited did not properly manage and monitor the workplace transport on their construction site. When working with such large delivery vehicles and construction plants, especially on projects where there are lots of pedestrians, the principal contractor must take responsibility and ensure the health and safety of all those involved.”