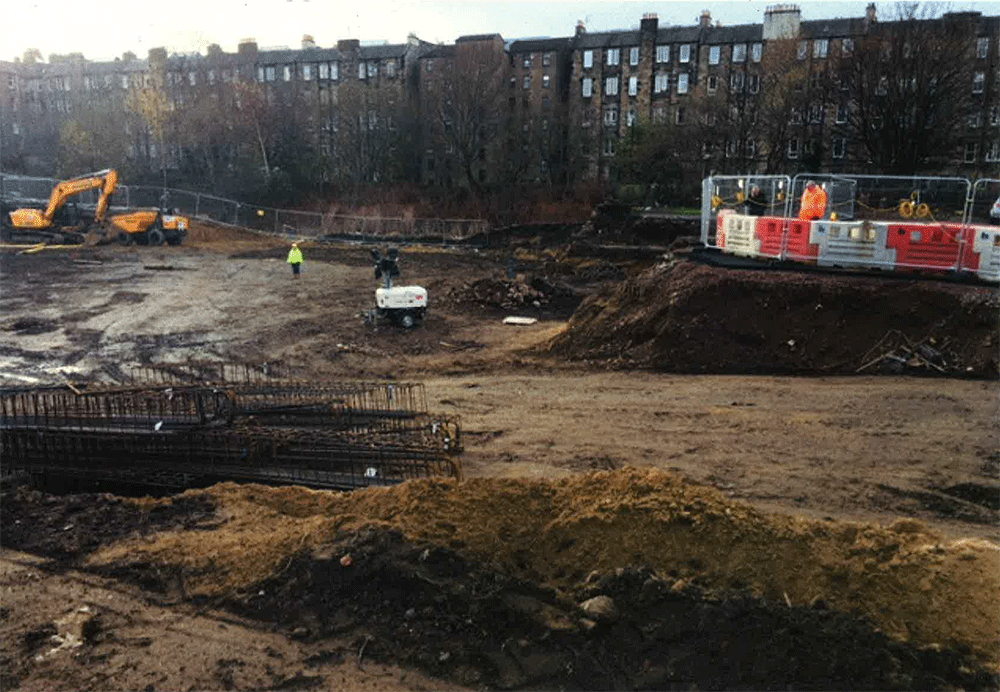 A construction company has been fined £600,000 after an agency worker was killed by a excavator truck.

On 5th December 2016, a former bus and tram depot was being redeveloped to provide student accommodation and an underground carpark. Vince Ramsey, an agency worker, had been employed by Allenbuild to complete work from the start of the project in August 2016.

Mr Ramsey was crouched down, respraying pain markings on the ground that may have been washed away or rubbed off by vehicles on site. It was reported that he was working at the bottom of a dirt ramp that provided access to the site in which the underground carpark was being constructed but it was also reported that he was known to use his own initiative for tasks, so was often moving around the site.

The excavator was being driven by an employee of Crummock, who had stopped in order to allow other vehicles to manoeuvre on the site. Once traffic had cleared, the driver moved the excavator forward, but he had limited visibility due to the volume of earth that the vehicle had excavated. The truck struck Mr Ramsey, running him over and the driver was only made aware of the situation when alerted by another worker on site who had seen the incident. Mr Ramsey sadly did not respond to resuscitation and was pronounced dead at the scene.

Allen build pleaded guilty of breaching Regulation 27(1) of the Construction (Design and Management) (CDM) Regulations 2015. Regulation 27 is a requirement for construction sites to have systems in place so pedestrians and vehicles can move without risks to health or safety. It was noted following the

During the hearing, the judge took into consideration that Allenbuild had no previous convictions and entered a guilty plea, taking responsibility for the incident. HSE inspector, Rob Hirst, commented “This was a tragic and wholly avoidable incident that arose due to the company’s failure to ensure that pedestrians were not carrying out work on or near traffic routes whilst vehicles were in operation.”