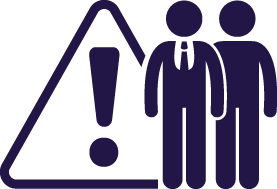 A contractor has been fined £44,000 after pleading guilty to a breach of the LOLER Regulations following the death of a Banksman.

The incident, which occurred on 8th January 2014, involved David Holloway, who was helping to co-ordinate the movements of a crane as a Banksman for Essex based contractor, Urban Summit Construction. Mr Holloway, who was originally from New Zealand, had only been working on the site for three days, aiding the development of new student accommodation. Mr Holloway was working alongside a crane driver, who was securing two cages at a time with four chains. Four cages had already been moved that morning, but as the final two were being lifted, one fell onto Mr Holloway, despite test lifts being conducted.

Mr Holloway suffered from extensive injuries and died on site.

On the day of the incident, the company was issued an immediate prohibition notice from the Health & Safety Executive (HSE). The HSE carried out an investigation following the incident and found that Urban Summit Construction had failed to ensure that lifting operations were carried out in a safe manner. In a statement they said: “Work on lifting operation prohibited because of a failure to demonstrate a safe system of work to prevent persons being injured as a result of load failing.”

At the hearing in March 2016, Urban Summit pleaded guilty of breaching Regulation (1)(c) of the Lifting Operations and Lifting Equipment Regulations 1998 (LOLER). This regulation stipulated that the lifting of objects much be planned and executed safety and be supervised at all times. At the hearing, the company admitted that during the period of 11th November 2013 and 9th January 2014, they did not follow the correct procedure for lifting objects during projects.

Sentencing for Urban Summit was carried out earlier this month, with fines of £15,000 and further costs of £29,127 placed on the company.