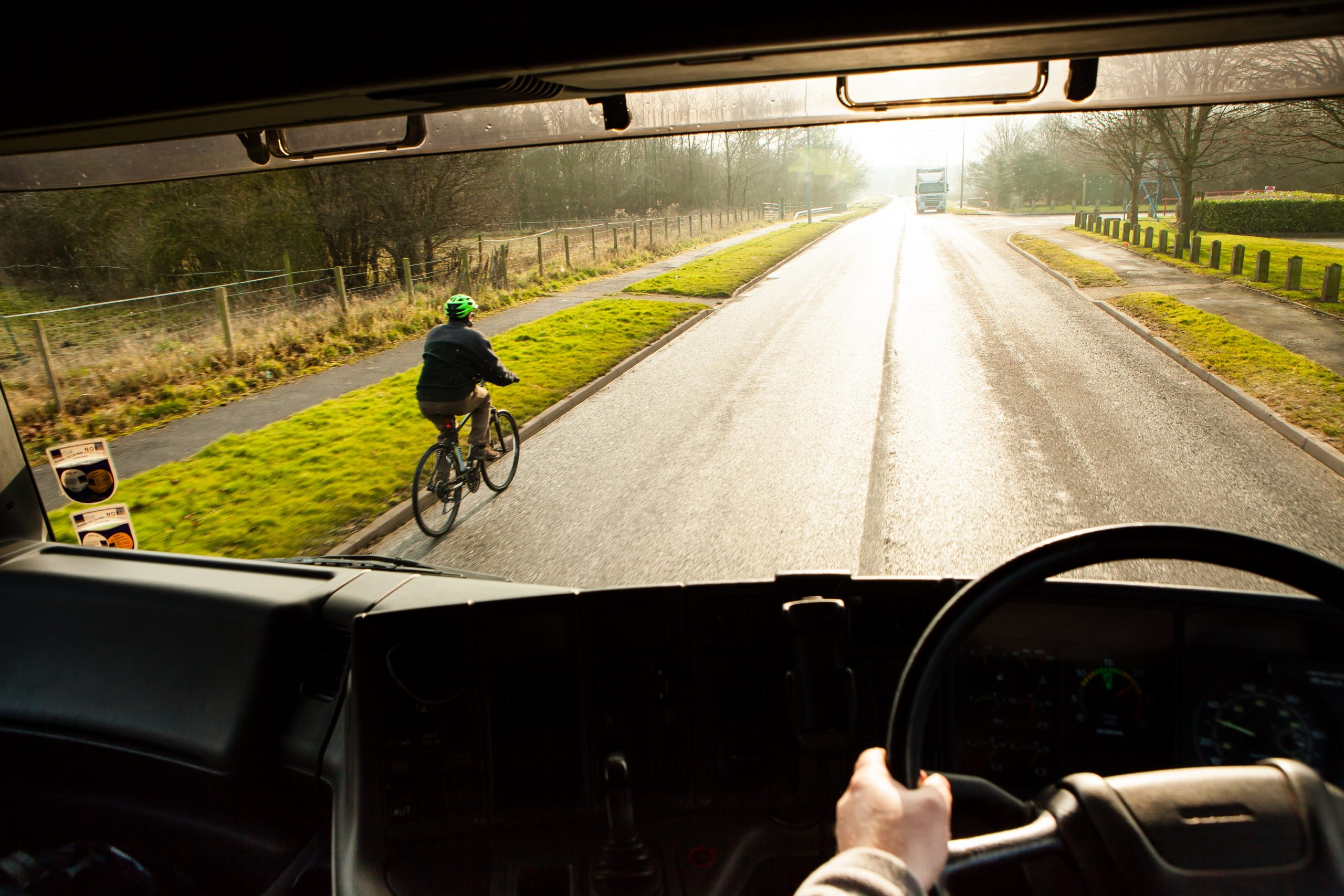 A lorry driver has become one of the first drivers in Britain to be fined for driving too close to a cyclist.

In November 2016, Dean Littleford was accused of driving without due care of attention in Park Lane West, Tipton when the cyclist he passed provided his helmet-cam footage to police. The cyclist also posted the content onto a YouTube channel which shames ‘bad drivers’. The cyclist in question had begun using a head-cam after being knocked off his bike by a hit and run driver in 2015.

On the day in question, Mr Littleford said: “I vaguely remember I indicated and overtook and when it was safe for me to pull in, I did.” Mr Littleford was made aware of the complaint after receiving a summons letter. He commented that in the first instance he was happy to pay the £100 and receive 3 points on his licence but when he reviewed the footage via YouTube, he had a change of heart, feeling he had done nothing wrong and was only driving at “about 12mph”.

In court, where Mr Littleford chose to represent himself, he was found guilty, receiving total fines of £1,038 and five points on his licence. Mr Littleford was “astonished” by the outcome in court. Speaking after the case, the cyclist in question said he felt the new scheme would “give cyclists the confidence and reassurance that such dangerous driving will not be tolerated.”

On the case, PC Mark Hodson from the Central Motorway Police Group, said: “Most offenders watch the footage, accept their driving was below par and elect for a driver improvement course, or an offer of three licence points and £100. This was a clear case of a close-pass – the cyclist was nearly forced into the kerb and the actions of the truck driver could easily have caused a very serious collision.”

The Highway Code notes that drivers should give the same room to cyclists as when they are overtaking another vehicle, which is measured at around 1.5metres, or the width of an open car door. This case is the first court conviction following the ‘GiveSpaceBeSafe’ scheme launch, which encourages cyclists to send in footage of motorists driving too close to them. It has been reported that as part of a safety campaign, the West Midlands police placed some officers as cyclists on the roads in order to catch drivers out.

Since the scheme was launched, more than 300 people have been prosecuted as a result of helmet or dashcam footage being provided to police by members of the public.