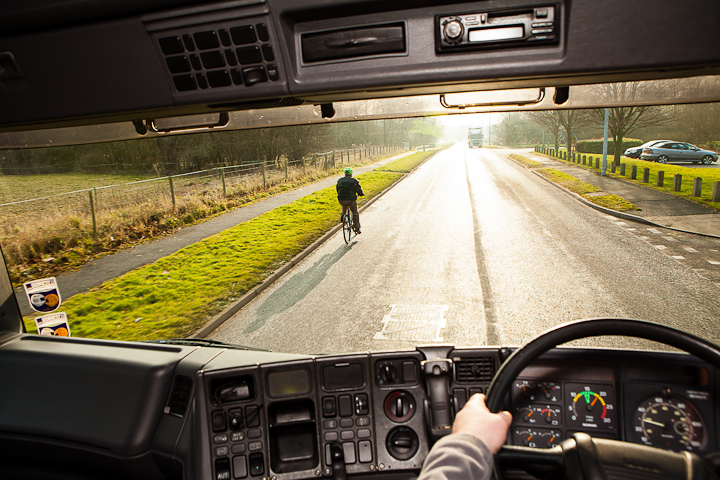 A father of four found to be 20 times over the legal drug-drive limit was caught behind the wheel of a lorry with a cocaine by product in his system.

Roger Foster, aged 47 of Daisy Bank Drive, St Georges, was arrested in Halesfield, Telford, in November by police officers on patrol in the area that is a base for many businesses. Miss Val Hart, prosecuting, told the magistrates: “On November 2, 2017 the police were on patrol in Halesfield when they stopped a Scania lorry that was being driven by the defendant. They requested a specimen of saliva from him that proved positive for cocaine. He was arrested and taken to the police station where his blood was tested.”

He measured 1,053 microgrammes of Benzoylecgonine, a cocaine derivative known as BZE, where the legal limit is 50.

“Mr Foster has no previous convictions. He is genuinely remorseful and is of previous good character. He will not be able to drive after today, but you will see from the letter that his employer has written to the court that his employment will be maintained, although he will be away from home for two weeks at a time in his new role.” Mr Steve Meredith, told the court on behalf of Mr Foster. Mr Meredith added, “The offence fell into category two of the sentencing guidelines and was of high culpability, and there was no evidence of an high level of impairment.”

Ms Elaine Hickman, Chairman of the bench said: “This is a really serious offence. However, we have listened to what your solicitor has said with regard to your good character and we have read your references. We are going to give you a hefty fine due to the high reading”. Foster was fined £525 ordered to pay £135 costs and £52 victims’ surcharge, he has also been banned from the road for 18 months for the crime.