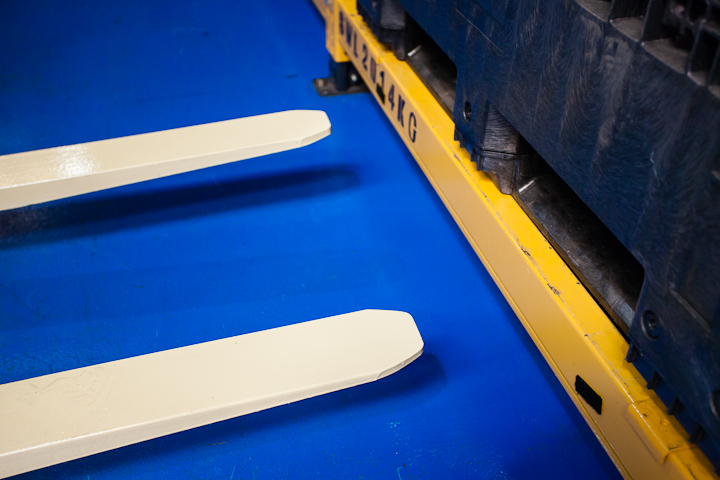 A hardware company has been fined €100,000 for serious safety breaches, after a worker died within a few hours of his first day at work.

On 16th January 2016, Ercio Peres Junior has begun working for Navan Hire Hardware and Safety Training Ltd. As one of his first tasks on his first day he was asked to help hold a heavy metal press in place as it was moved onto a forklift. The lift truck was being driven by the business owner’s 18 year old son at the time, who had not received sufficient training to operate the truck. He had only received a few hours of basic operator training, with no specific or on-the-job training.

The metal press, which measured 1.7 metres in height, was placed in an upright position on the prongs of the forklift, with Ercio walking alongside the truck, holding onto the side of the press. The toppled off the forks, crushing the new worker. Ercio’s father also worked on the site and commented that the image of his son on the ground covered in blood would stay with him forever.

During an investigation into the case, the company’s director admitted failing to ensure a safe system of work had been put into place. They also admitted that they had failed to provide any forklift operator training or instruction and operators received no supervision at all to aid with lifting and transporting the hydraulic shop press into the premises. Ercio had also not received any induction or safety training prior to helping with the task.

A representative for the Health and Safety Authority in Ireland, Terry Hallahan, informed the court that the task began at 9.30am and the incident occurred at 10.10am. Ercio had been in his new job only hours at the time of his death.  Mr Hallahan commented “Under no circumstances should a pedestrian be used to stabilise a load.”

The courts were informed that the recommended way to move a load of this nature would have been to lift the pins of the forklift and carry the load under the pins using a sling. Alternatively it could have been carried by inserting the pins through part of the press or strapping the press to a pallet.

The judge on the case commented that he was satisfied that the case was not one where the company had shown a disregard for health and safety in a bid to maximise profits, but rather this had been a one-off, yet tragic, accident as a result of inexperience and naivety.

Following the incident, Navan Hire Hardware and Safety Training Ltd covered the costs for Ercio’s body to be transported to his home country, Brazil, and also assisted his family with their travel and funeral expenses.