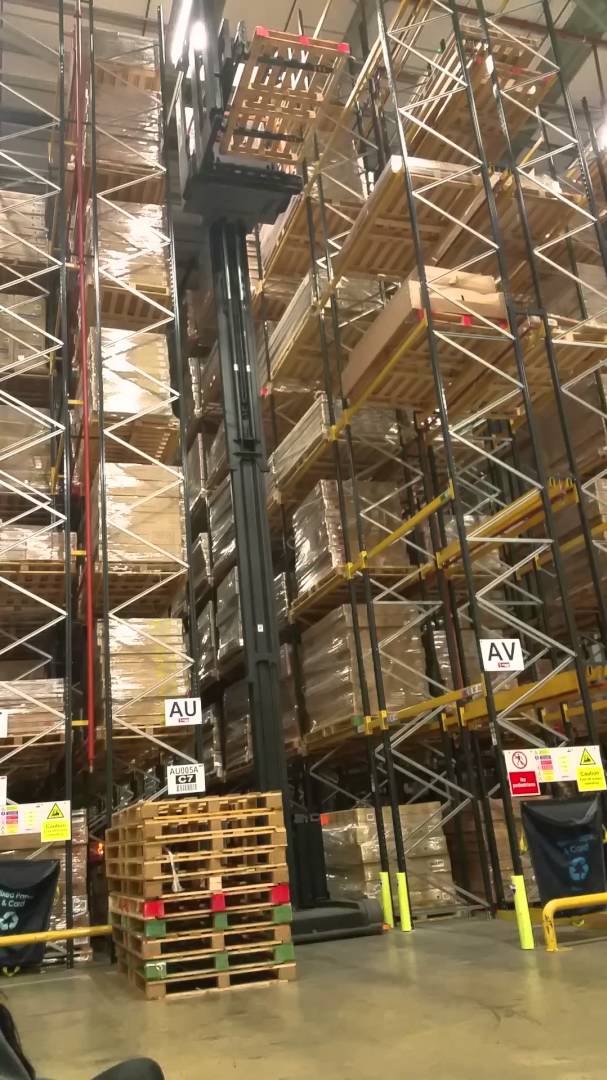 A distribution company has been fined over £300,000 after a worker fell to his death from the top of a Very Narrow Aisle (VNA) truck.

On 14th January 2016, Andrej Grzeszcak was working at the Magnetic Park site for Great Bear Distribution Limited. Mr Grzeszcak was required to move to picking points in the warehouse, dictated by data sent to his VNA trick from an operations controller. This controller also allocated additional vehicles to other areas of the warehouse. His vehicle was struck by another operations controller working in the same aisle, causing his vehicle to topple and fall, sustaining fatal injuries as a result of the incident.

An investigation into the incident found that there was no permit to work system in place and no electronic or physical device has been installed in order to stop two vehicles entering the same aisle. It was also found that the vehicles had not been fitted with sensors to detect other machines within the vicinity of the aisle and the driving position of the vehicle operator was in a way which would have required them to turn their head 180 degree in order to have a clear view whilst reversing.

During a court hearing, Great Bear Distribution were unable to provide any proof that training for operations controllers had been delivered to workers in the warehouse. This was deemed to be a significant cause of the incident, as controllers were found to be ignoring a prompt on the computer system used to control the vehicles, which informed the driver is a vehicle was already in an aisle. This prompt should have been acknowledged at the time of Mr Grzeszcak’s incident.

Shirley Plenderleith, Head of Public Services at Kettering Borough Council, commented on the case “While Great Bear Distribution had numerous health and safety policies and procedures in place, they had failed to recognise that their operations controllers were being trained by word of mouth rather than through a structured and supervised training process. As a result, a culture has been introduced which allowed a key safety control to be ignored. This sad loss of a life is a clear demonstration to all businesses that proper structured training of all staff is key to a safe working environment for staff and others.”

Great Bear Distribution Limited pleaded guilty to breaching section 2(1) of the Health and safety at Work Act, receiving a fine of £323,000, plus additional costs of £30,000.