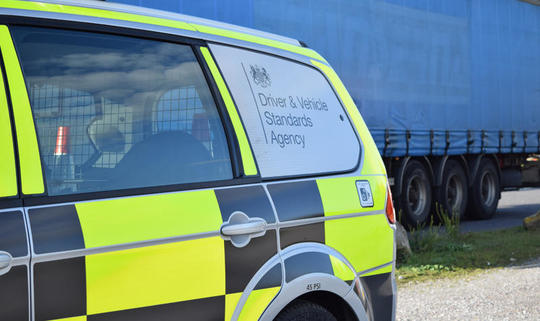 The Driver Vehicle Standards Agency (DVSA) is urging HGV drivers to keep their windscreens clear of obstruction following the death of a cyclist.

On 12th December 2019, LGV driver Robert Bradbury was found guilty of causing death by careless driving after he killed a cyclist. During the investigation, it was discovered that Mr Bradbury was unable to see the cyclist, Suzanna Bull, because the tray table on the dashboard of his cab was heavily cluttered with ornaments.

Mr Bradbury was sentenced to 21 months in prison and received a ban from driving for two years and 10 months.

An investigation following accident brought to light that Mr Bradbury’s employer was aware that the vehicle would not pass an annual test with the tray, so it was decided this would be removed during tests and replaced afterwards. The DVSA commented that they had previously highlighted cases of blocked windscreens and the potential dangers in the past but the end result of this case, and the coroner’s verdict, acts as a reminder to all professional drivers and their employers as to the importance of clear windscreens.

The agency commented within its blog regarding clear windscreens, “We always check a lorry’s windscreen is clear of obstruction when carrying out roadside checks. Unfortunately, our enforcement staff do still find vehicles where the drivers’ view is obstructed.”

“In all cases, the drivers will be given a prohibition and penalty. The obstruction must also be removed before the lorry is allowed to move on.”