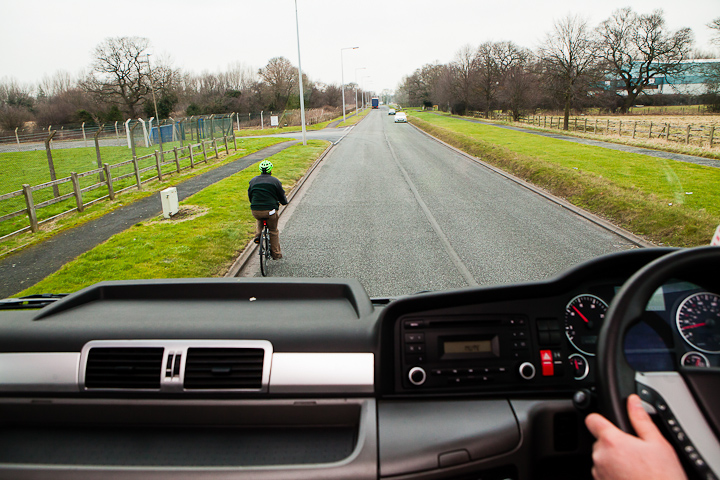 Imagine, for example, your building has just been fitted with the latest state-of-the-art security system, guaranteed to keep all intruders out. Peace of mind guaranteed. But if one person repeatedly fails to set the system properly at the end of each day, the building is just as vulnerable as before it was installed. However, if all key holders are properly briefed and trained on how to use the new system, peace of mind is restored.

The same can be said of commercial vehicle fleet management tools such as telematics. The mere mention of the word is likely to make drivers run for the hills, managers rub their hands together with glee at the possibilities, and cynical-faced finance directors reach for their calculators. And why? Probably because of myths and misunderstandings that are sustained by a lack of training and understanding.

Telematics can be hugely beneficial to a business in the battle against fuel costs and emissions outputs, as well as bringing a wealth of other advantages. However, many organisations make the assumption that telematics can become a replacement for training.

The reporting capabilities offered by most systems might help management to weed out ‘problem drivers’ or vehicles that are not performing efficiently, but a more cost effective approach would be to curb poor driving behavior through valuable training, or to implement an effective service and inspection programme. It is better to prevent the problem, rather than letting it happen and having to deal with the consequence, which is a great way to proliferate the “spy in the cab” view commonly held by many mobile workers, not to mention limit the return on what is an expensive technology.

The driver morale argument is also a compelling one. Many drivers feel they are already being watched by one device in the vehicle in the shape of the tachograph, so why would they want another? If training is not used to make drivers aware of the safety or security benefits of a telematics system, and if nobody explains to them, in a positive way, how their own performance could be improved through the use of telematics, why would their opinion change?

Using training to get drivers on-board with telematics and then showing them the resulting impact on their driving style and behaviour is a smart approach to integrating this technology into fleet operations. It’s not an ‘either-or’ situation; training complements telematics and vice-versa. By helping drivers understand the role played by telematics and how they can benefit, the system becomes instantly more useful and a return is more likely to be seen. Conversely, there’s always the chance that human nature will find a way to ‘make the most’ of the system and drivers may come to depend on the technology above their own training and experience.

Working in a fast-paced, deadline-driven industry, the temptation to cut corners is always present. If it’s not used wisely, the safety provided by technology can quickly become a trapdoor that leads to unintentional consequences.

Consider the fault reporting offered by some telematics systems. In some cases a problem might be reported back to base before the driver even notices it. This could tempt some drivers to skip the formality of the daily vehicle inspection every now and again because, after all, the vehicle will take care of reporting defects. Regardless of the enforcement consequences of not carrying out a daily inspection, what happens when a defect occurs in an area of the vehicle not monitored by the system?

Then there’s the location reporting ability offered by many telematics systems. A driver who is aware of this feature might be tempted to push their luck and take their vehicle off the approved route for a ‘short cut’, which could put them at risk of being stranded or involved in a bridge strike situation.

In both examples the advantages of technology are quickly mitigated by poorly informed drivers and human behaviour. As powerful as technology can be, it will always be trumped by the human factor. Chips and circuit boards can’t predict every choice a human might make, but humans understand humans. That is why training is one of the most effective ways of not only countering the human factor but also leveraging maximum advantage from the technology.

Training delivered hand-in-hand with technology is a winning combination, but one without the other is a considerably less effective proposition.